The day began in a cozy living/dining room where the B&B I stayed at served breakfast at a common table. Quite a nice atmosphere – and maybe the right time to mention that the French really know how to bake their bread. Not that I wouldn’t have been in France quite often before – but never realised the quality of bread over here. So I have to widen my limited “one-only-gets-proper-bread-in-Bavaria view” and admit that the French know what they’re doing also.

But this day isn’t primarily about bread, it’s about my last two passes to be reached – and about my final destination: Nice! 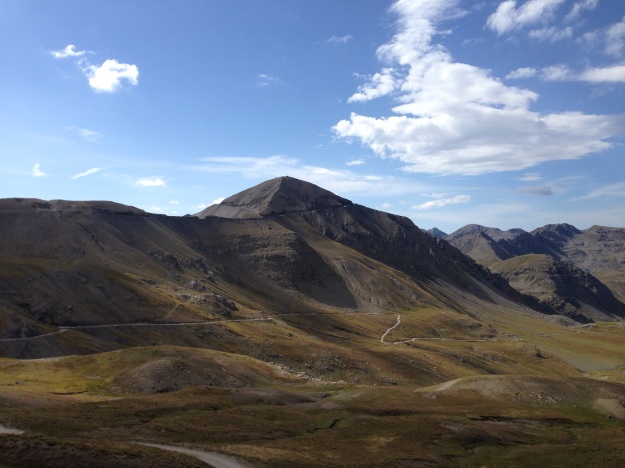 The climb up to Col de Restefond and Col de la Bonette was extremely enjoyable (apart from partly feeling like cows or horses must feel like, being attacked by swarms of flies… don’t know where from and why those all of a sudden appeared). The scenery became more and more spectacular and rough. And my legs just loved the continuous pedalling. In less than 2.5 hours I finished my 1,600m climb and at a quarter past eleven, I reached the highest pass road in Europe: Col de la Bonette with 2,802m. I can kind of understand the controversy about this pass as it’s basically a ring road that seems to be primarily created in order to get higher up than Col de l’Iseran and Stelvio. But this all doesn’t really matter to me in the end. What mattered is that I’ve just reached my 43rd and last “summit” on this epic journey across the Alps. Quite an enjoyable and powerful moment at the same time. 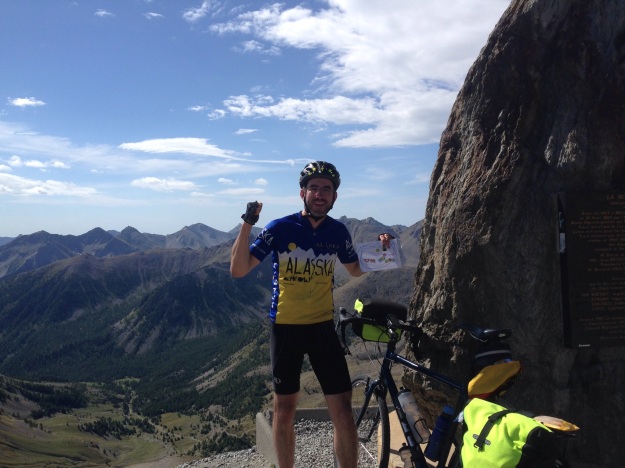 After having walked up to ‘Cime de la Bonette’ to enjoy the perfect 360 degree view, I began my final descent towards Nice (which all of a sudden was present on road signs and signposts everywhere). 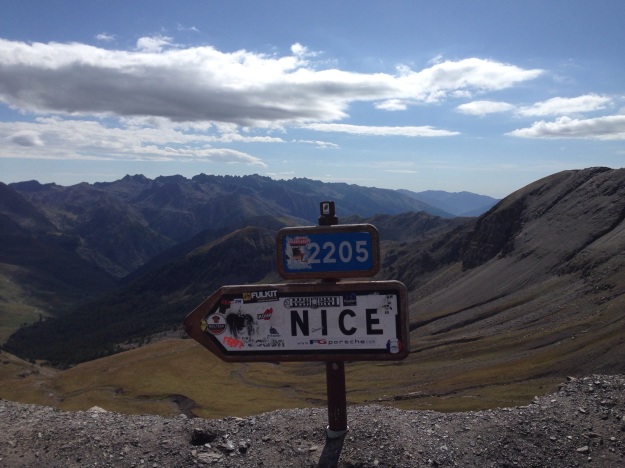 I might have romanticised these final 100km a bit before – but had developed a certain feeling during the past days already that it might not be the easiest descent, despite losing almost 3,000m altitude. And indeed, after the first kilometres to Saint-Étienne-de-Tinée were done, the headwind began its daily task of annoying Martin again. 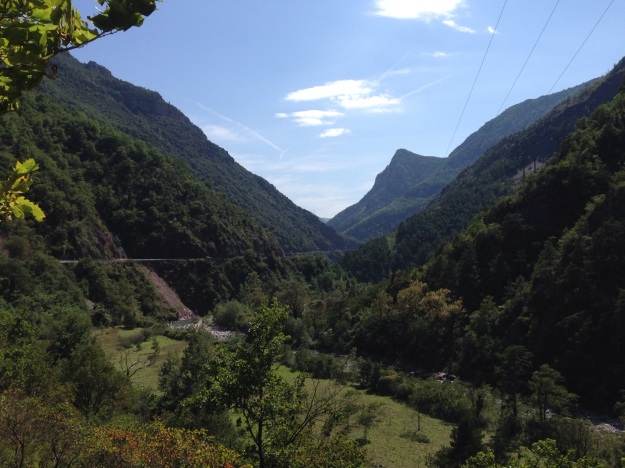 my descent towards Nice

Anyway, the countryside was very scenic, lots of hills and even more forest. But don’t you think I would have gotten a glimpse of the sea anytime before I reached Nice – not at all. I first had to enter France’s 5th largest city on busy Friday afternoon traffic-packed fast roads. It’s the second time that I finish a long bike tour on a Friday afternoon. And I have to say, Anchorage in 2007 was more of an enjoyable metropolis to cycle through.

However, I did find the sea in the very end and cycled along for quite a while before I reached the heart of the city… where all of a sudden, not unexpected but still a bit hard to believe, my journey across the Alps from the very east to the very west has come to an end.

I have reached my destination

all photos of the day: